Renewable Energy is all around us and these energies include; Wind, Solar, Hydro, Biomass, and Geothermal. They are becoming a big part of Ontario's Electricity Supply mix with 34% (as of March 2016) of our installed capacity being Renewables, which include Solar, Wind, Hydro, and Biofuel. The remaining installed fuel capacity comes from Gas and Hydro. In 2014 Ontario became the first Jurisdiction in North America to eliminate Coal  as a source of electricity. It was the single largest climate change initiative in North America and was the equivalent of taking up to 7 million cars off the road. 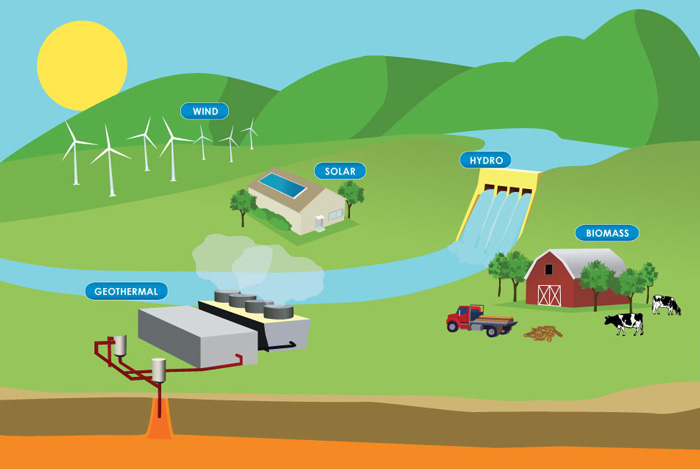 Educating Yourself about Renewable Generation

Some additional helpful links may be found below: